← more from
FiXT Neon
Get fresh music recommendations delivered to your inbox every Friday.
We've updated our Terms of Use. You can review the changes here. 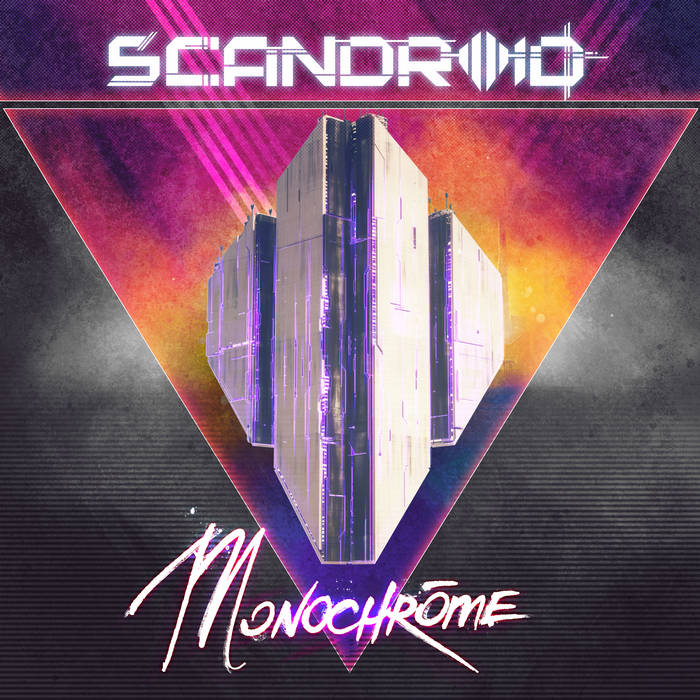 TheNugget1999 Monochrome delivers one of the most hard hitting and best performance to date by Scandroid, and takes you through a journey of the unknown! Favorite track: Afterglow.

McNik Just a great album. If I need a break from metal I listen to this. Favorite track: Rendezvous.

chughes103185 I love that some of the songs on this album reference other songs, really makes it feel immersive! Favorite track: Monochrome.
more...

Scandroid returns with the full-length sophomore album Monochrome, available Friday, October 27th. Featuring 13 tracks, from the retro-synth pop hooks of "Afterglow," "Rendezvous," "Future Bloodline," and "A Thousand Years," to the instrumental epics "Oblivia" and "Searching For a Lost Horizon," Monochrome imagines an alternate future where truth is hidden in "Monochrome."

The album includes modern synthwave covers of John Williams’ famous Star Wars opus "The Force Theme" as well as a hauntingly powerful cover of Michael Jackson’s "Thriller" to be released on Friday the 13th of October. The album concludes with a bonus remix of "Thriller" from mysterious synthwave artist/producer PYLOT.

Red has scoured the depths of the ancient wasteland he calls home for something lost and buried, something revolutionary. What he unearthed was the New Retro sound of a forgotten era. He formed Scandroid to bring that sound into his world. ... more

Bandcamp Daily  your guide to the world of Bandcamp